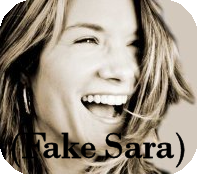 I wrote about ePatients on the blog a couple of months ago. The e-patient is supposed to be a patient who is engaged in electronic media (the internet) to learn about his/her medical condition. Perhaps she is doing research or reading about the experiences of other patients. Many of you might be considered ePatients for reading to this website.

Companies who sell medical care or medication make their presence known by advertising on websites that ePatients use. But some companies have looked longingly at such environments where patients may invest a lot of time and trust. Wouldn’t it be great if they could run the whole show?

Wouldn’t it be a dream-come-true for a company to have its own website and speak directly to patients on their own turf  – I mean terms? In the last few months, there have been two different ways in which their dream has come true. The first is by creating something some are calling the “fPatient.” The F is for “fake.”

If this is the first you’ve heard about the f-patient, you may want to have a look at the Facebook profile of Sara Baker  – I mean eSara. Sara is not a real person, but a persona that has been created by a company called Medseek for the purpose of engaging real patients everyone else. On a Facebook Fan page that looks a lot like mine, Sara talks about her twins and shows pictures of her honeymoon. But there is no real Sara. We have no idea who actually posts on that page.

You can read more of a discussion about fPatients in Phil Baumann’s article where I first heard about it and in Eileen O’Brien’s article.

The other approach to engaging patients uses real patients people. You can see it in the NewWayRA videos that are produced for the company which sells Remicade and Simponi, Centocor Ortho Biotech. The newest generation of videos even uses a real Sara – Sara Nash, a blogger – as a panelist. I discussed their videos last year on the blog in a post about their response to my argument with part of their script.

Another example of the use of real patients is a website which belongs to a company who sells medications for Multiple Sclerosis (MS), EMD Serono (Merck). It is called How I fight MS.com. They use five patient bloggers to discuss issues related to MS. They have a cool-looking setup with a red HELLO nametag and a sticky note and a cute coffee stain. It does look a lot like a blog – until you see the same cute coffee ring on every person’s page. There are video journals, “about” pages for each blogger, lots of casual photos of the patients and their pets, and a fake-link to their real blogs.

Is this what is meant by patient engagement?

I’m still thinking through this all of this. I’m at the questioning stage. And I have several questions.

What do you think?

If you happened upon these sites, would you have realized right away that they were professionally produced for drug companies just like a TV commercial? If you did, would it change the way you view the information presented? What is your reaction to fPatient Sara Baker? About half of the respondents in a Twitter poll approved of the Sara Baker thing.