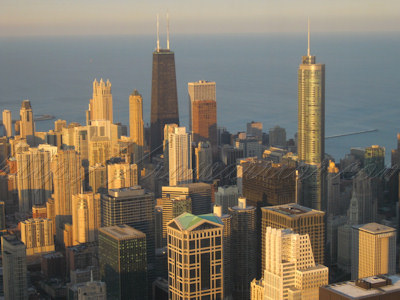 As I returned from the 2010 American College of Rheumatology Scientific Meeting last year, I painted a picture for you of its significance and the impact it made on me. Those words are still a proper backdrop as we review the events of the 2011 meeting: Context, Care, & Complicated and I hope you’ll read them again today.

Over the next several months, we’ll examine several of this year’s scientific studies. However, people are asking me what happened in Chicago that will affect patient care! So, my challenge is to convey the impact of the 2011 meeting overall. That’s a tall order since there were 16,000 attendees and over 2600 abstracts!

Our experience at the 2011 ACR meeting described in 3 environments:

Scientific evidence is presented in published abstracts, a handful of which make the news in the rheum world. During the week, hundreds of oral presentations are made by research teams from around the world. An enormous room held 2122 posters over the course of the conference, each presenting results or progress in a particular study. Attendees walked through the hall discussing the studies and strategies for new research.

Over the three years that I’ve been writing articles about Rheumatoid disease, evidence has been a critical thing that patients have needed. Evidence that’s well done tends to support the experiences of RA patients and lead to better care. Period.

Evidence shows, for example, that…

Some of the evidence presented at the ACR meeting is critical to that end goal of better care. We’ll find as much of it as possible to bring to you here.

Every minute of the week was filled with encounters that will make a difference in the way I think, write, and research. Every day, we met with people who want to help us find ways to make life better for people living with RA. We met patient volunteers dear friends who live with RA, rheumatologists who appreciate and care about patients, and researchers who want to unravel the mystery of RA to help us live better and longer.

One of the most special encounters was the #Rheum Tweet-up. In October 2010, I started a hashtag on Twitter for rheumatology, #rheum. I wanted to find a way for all of the people who were communicating with me to communicate with each other as well. IT WORKED! We have a thriving community on Twitter, our own #rheum room which new people join daily. This year, I talked with some of the docs about scheduling a meeting at ACR since it was such a challenge to find each other last time. We had a fantastic meeting with doctors, patients, researchers, and industry present! (See above photo.) 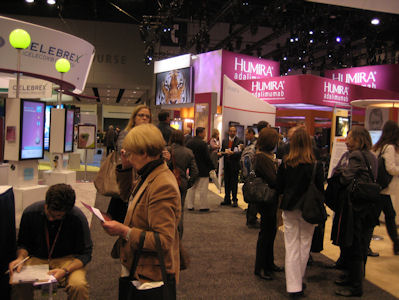 The exhibit hall is filled with elaborate state of the art electronic media and inviting smoothies and coffees. Companies put their best foot forward so it’s quite a show. We spent a lot of time here sharing the patient point of view, both at our Rheumatoid Patient Foundation (RPF) exhibit and at the other exhibits.

There will also continue to be more about the RPF’s ACR exhibit is also being reported on the RPF’s events blog – click here.