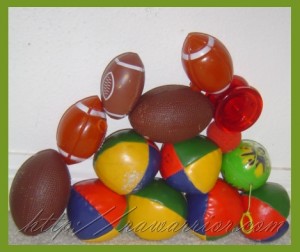 I remember when my rheumatologist explained Humira to me. She drew pictures to show me how the molecule in the medicine interfered with the process of Rheumatoid Arthritis. She said that the molecule in the drug locked onto an antibody molecule, effectively neutering the immune molecule.

It sounded more like football than medicine. So, that is why they call Humira a TNF-blocker. Maybe they should give out jerseys in that nice new patient box with the videos.

A lot of noise is being made about the TEAR (Treatment of Early Aggressive Rheumatoid Arthritis) study which was discussed last week at the big meeting in Philadelphia: the Scientific Meeting of the American College of Rheumatology (ACR) in combination with the European League Against Rheumatism (EULAR). The TEAR trial has been interpreted as evidence that older DMARDs can work as well as a modern Biologic medicines (with methotrexate) if the DMARDs are used as a combination of 3 medicines (methotrexate, sulfasalazine, and hydroxychloroquine) at once.

Those results were surprising since previous studies have shown the opposite result. For example, just this August, the Swefot (Swedish Pharmacotherapy) Trial measured how 3 (again, methotrexate, sulfasalazine, and hydroxychloroquine) DMARDs literally stacked up against a TNF-blocker (used in combination with methotrexate) to treat moderate to severe Rheumatoid Arthritis. One scientist said that the studies will be dissected in search of methodological flaws.

Methotrexate is the linebacker

As a layperson who writes a blog about Rheumatoid Arthritis, I see one glaring fact: every patient in every study that I examined was given methotrexate. Every medicine for Rheumatoid Arthritis is shown to be more effective if used in combination with methotrexate. It reminds me of getting a portrait made with good lighting and wind effects; the subject is much more attractive.

It looks as if the doctors and scientists who conducted the studies thought it immoral (malpractice) to withhold methotrexate from patients living with the consequences of Rheumatoid Arthritis. They aren’t lab rats, after all. Methotrexate is the most effective medicine we have up to date. However, only a small percentage of RA’ers achieve clinical remission on methotrexate alone and methotrexate alone is less effective at preventing radiological progression (read: damage).

When the RA drug ads are telling you how wonderful life will be with their medicine or how you can get your life back, listen carefully. They all say, “When used in combination with low dose methotrexate.” When a print ad selling Biologics says how well it works, read the fine print: they are expecting the patient to be taking methotrexate. That is in their literature.

A shot in the dark

Rheumatoid Arthritis is an extremely complicated disease. Scientists have only a few snapshots of how it works to attack the body. The exact mechanisms and causes are not known. However, Biologic medicines target various components of the immune system by either blocking some cytokines or suppressing lymphocytes (B cells).

Water on the fire

On the other hand, methotrexate is more like a wet blanket on the whole immune system. Since it inhibits cell reproduction, it inhibits immune function, inhibiting RA.  That is probably why it also slows synovitis.

69 thoughts on “How well do Biologic medications help Rheumatoid Arthritis?”