If someone has a broken leg or a sprained ankle, there is no question about whether he can walk the dog or run in a race. Rheumatoid Arthritis pain and weakness is invisible to the naked eye, but it’s similar to an injury in some ways. Sometimes, the injured person can’t do the same things he usually does. And that’s so obvious, no one would question it.

People often write me about their spouses or employers who question their claims of “I can’t.” I’ve been wrestling with what to write about this for weeks. What is the definition of can’t?

Maybe there are different kinds of can’t with Rheumatoid Arthritis

Nowadays, I can hold onto a mug with all my might and hardly ever drop it. Right after I was diagnosed, each affected  joint was terribly weak. If I tried to hold a coffee mug, my wrist would droop and the cup would fall to the floor. Is that can’t?

Maybe sometimes can’t means it hurts too much.

I tend to say I can’t make a bed. My precious daughter makes mine. But, I insisted on making Roo’s new bed with his new space-themed sheets last month. My fingers were screaming in pain as I tried to put the sheets over the bed. It was hard and it took a long time, but I got it on eventually. My hands were useless for the next few hours though. They hurt so much that I could only hold them lamely on my lap until they calmed down from forcing them to do something.

I know all my life, I picked up things with my toes. It never occurred to me that I can’t do that anymore. I tried to pick up a little blankie with my foot playing with Roo a while back. I was shocked to realize that the blankie was going nowhere. I gave up with a curious feeling.

Maybe can’t means it is not worth it.

In 4 ½ years, I’ve filed my nails twice. It meant struggle and pain. So I’ve lived with jagged too-long nails that eventually break off into the quick. It would just hurt too much to clean them up, so I leave them like this. I can’t imagine getting a manicure, having my fingers handled. It bothers me to look un-groomed, but it’s just not worth it.

I always thought my can’t meant “I still could if I really, really tried”

Last week Roo asked for more milk. His brother usually gets it, but I wanted to. In the kitchen, I stood there trying to unscrew the cup lid. I was always the one who could open anything and I enjoyed surprising others with my trick. I really believed that if I didn’t care how much it hurt or how long it took, I could eventually do anything. Well, that lid did not come off. I left the room. You can guess what I did in my room.

After the questions, Rheumatoid Arthritis might make it difficult, painful, and s-l-o-w 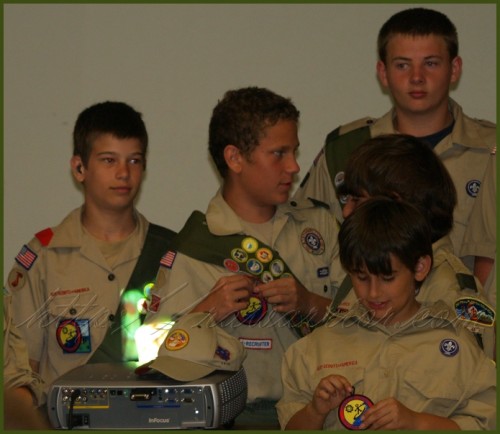 Last winter, during tennis matches, I worked on sewing Boy Scout merit badges onto the sashes I gave my sons for Christmas. I did a few each week and I was so happy when they were done. I was happy until I went to a ceremony to see my sons receive more badges. I saw that we had sewn them on backwards. I say we because I only sewed them where they told me to. They would all have to be removed and re-sewn.

Meanwhile, Bear needed a larger shirt. I bought him an adult shirt, but that meant sewing on several pieces of insignia. Both sons have earned several more badges now. The stuff just sat here on the coffee table for months while my fingers got worse. Last week, the fingers were just enough better that I could force myself to work on the shirt. In tiny increments, I finished the shirt. However, 25 merit badges still sit here waiting. I hope I can get a lot of them done before the upcoming Court of Honor so they will look good when –you guessed it – they will get a bunch more.

Maybe can’t means I’m going to try very hard and we’ll see how it turns out.

So what does can’t mean with RA? Is the question about the difference between too much pain and not enough strength? Does one bother you more than the other?

61 thoughts on “The “Can’t” Question with Rheumatoid Arthritis”