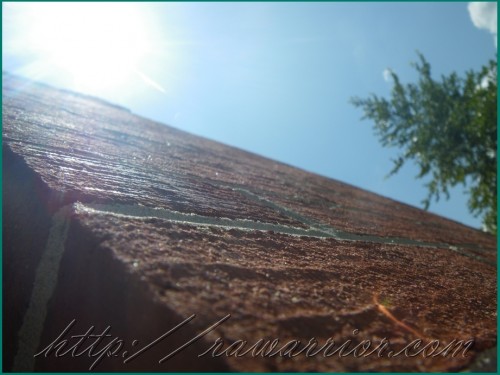 In the Part 1: The Usage Principle, we discussed a phenomenon which is a daily issue for many people living with Rheumatoid Arthritis. Perhaps you noticed that blog post was unusual in that it did not have footnotes or links to studies which discussed the subject.  I did not quote any because I did not find any. There may be some; I just haven’t seen any.

The concept is explained in Part 1 with shopping as an example. However, lots of comments describe the problem in other contexts. Basically, the problem is that any use of a joint which is inflamed by Rheumatoid Arthritis usually leads to worse inflammation. This can translate into pain and stiffness when movement lasts more than a few minutes.

For patients like this, there is a recovery period after activity. It can be hours or days. There are many examples in the comments on this blog. Recently, a veteran RA’er described going to work at a new job. She said that her RA is much worse and realized that the reason she had felt so much better before was that she had been able to rest more while out of work.

By the way, this makes life pretty difficult for those of us with RA in every joint. It affects everything from flossing my teeth to chores to sports. When I can do any kind of work or exercise, it is followed by a recovery period.  I seldom mention to anyone that life is darn hard every day.

Do they know what living with RA is like?

Maybe you wonder why I made up the cool name “The Usage Principle” for this phenomenon. I couldn’t find one in a book. My doctors didn’t offer me a name for it. As a matter of fact, they have never admitted that I am not the only one. I’ve begun to wonder whether they know that this is a huge part of living with Rheumatoid Arthritis.

Then I realized: I was never warned about most of the things I live with every day. I spent the first 6 months of RA in shock mentally about what was happening to me every day as new joints hurt. Why didn’t anyone tell me what to expect? I first learned of the Rheumatoid Arthritis fatigue by experience. And RA stiffness, too…

I’ve told you before: my joints didn’t read the books first. Maybe it would have been better for me if they had. They would behave themselves much differently now.

Maybe researchers don’t know about this aspect of living with RA. Maybe doctors haven’t heard of it from any patients. Or maybe there is another answer.

77 thoughts on “What Is it Like to Have Rheumatoid Arthritis? Part 2: Why Don’t They Tell You?”