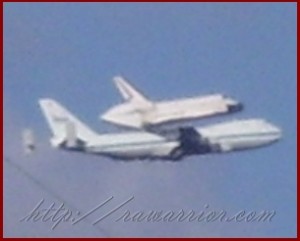 These last few weeks have provided me with an opportunity to measure the success of methotrexate and Enbrel at treating Rheumatoid Arthritis. Although I was an accidental guinea pig, I have been interested in to learn all I can from this test. How much worse would my Rheumatoid Arthritis symptoms be without the injected Biologic medication to added to the methotrexate dose? How long would it take before the symptoms of pain and fatigue were killing me?

Last Easter, I had to discontinue both my Biologic and my methotrexate doses due to a kidney infection. I only skipped one weekly dose of both injections. Thanks to 21st century antibiotics and a quick primary care physician, the infection was quickly cured.

However, for over a month, effects of Rheumatoid Arthritis showed me how well the medications had been working. Perhaps you’ve read on this blog that I have not had a remission from RA flares in the almost four years. That month last spring taught me just how bad the Rheumatoid Arthritis symptoms would be if I did not have the alternative of taking these powerful treatments.

The RA fatigue was intense. Maybe you read on the blog about how desperate I felt. I could hardly do any work. Instantly, I was taken back to the time of my diagnosis, except that the Rheumatoid Arthritis had not yet taken every joint way back then. The intense pain, fatigue, and stiffness of RA took longer than one month to subside to the level it had been before the kidney infection. The medications kill about half of my RA effects – not what I’d call remission.

It was not much worse this time – so far

This time, only the Biologic was discontinued for six weeks as part of my rheumatologist’s plan to transition to a new medication. The methotrexate injections were uninterrupted except for one missed dose when the flu worked its way through my family. Since my Rheumatoid Arthritis has been steadily aggressive, I braced myself for the RA to get much worse than it had missing only one weekly dose during my last experiment.

Some RA symptoms are much worse, and some are not so much.  Of course this is not a scientific experiment because there is no objective measure of RA and I am only one patient. However, it is still a real test of which medicines work on my own Rheumatoid Arthritis and how they work. It has given me a clearer picture of my alternatives.

What the methotrexate does

The methotrexate works on my joint pain and weakness. The two days after the methotrexate shot are pretty good days, as long as I do not push myself. However, on the third day, the fever and stiffness return with a vengeance. The pain is more than with the addition of weekly Humira (last year), but still far less than without methotrexate. The fatigue is kept in check by the methotrexate until couple of days before my next shot.

What the Enbrel did

It seems to me that the Enbrel must have worked on whatever causes this fever in a longer-acting way – I have a fever 5 days a week now. And I’m much stiffer without Enbrel. While I took Enbrel, I also had few Cricoarytenoid Arthritis (vocal cord) symptoms, which are returning now as the Enbrel is wearing off. My eyes are a lot drier, too.

Please do not miss the point about Enbrel, methotrexate, and Rheumatoid Arthritis

I hope I have not gotten us lost in the woods. This post is not about my kidney infection – or my own RA symptoms. This is not even about choosing between different disease modifying treatments / DMARD’s. My point is that my little impromptu tests have shown me how much methotrexate, the so-called dangerous drug – and Enbrel, which I had erroneously seen as pretty ineffective for me, have actually worked together to take down certain symptoms of Rheumatoid Arthritis.

Note to anyone who may be asking, “Can I take just methotrexate?”or “Can I just take Enbrel?”: As explained last week on the blog about Biologics, methotrexate and Biologic medicines work best together. That is the advice of doctors and the drug manufacturers.

49 thoughts on “My RA Methotrexate / Enbrel Test: How Well Do Methotrexate & Enbrel Work on Symptoms of Rheumatoid Arthritis?”